Georgiana Tyser Zmolek was born on Oct. 8, 1926, in Chicago, to Martin and Anna Pavlica Tyser, her parents. Growing up in Chicago, she played the stringed bass and took nurses training after graduating high school.
She met her husband, Charles Zmolek, at a New Year’s Eve dance in 1946, and they married the following May, staying together until Charles’ death in 2002, 56 years later. Both she and her husband spoke Czech as their native language (the native language of both of their sets of parents), and did not learn English well until after they went to their respective elementary schools.
After the marriage, she lived in Chicago, where several children were born, then moved to Los Angeles, and then to New Providence, New Jersey, where she spent 30 years of her adult life, and did most of the work of raising her children. Two more children were born there. Although she professed not to like cooking, she spent years as the head cook at the New Jersey Stake girls’ camp of the Church of Jesus Christ of Latter-day Saints, where she was famous for her Danish rolls.
They traveled to Czechoslovakia several times to do genealogical research, and obtained the names of ancestors several generations back.
After Charles retired, they moved to Albuquerque, New Mexico, where she was in a quilting group. In 1989 the two of them served a senior mission in southern Poland (Czechoslovakia was not available for missionary work at that time). Unfortunately their mission was cut short because Charles had heart problems. During part of her time in Albuquerque Georgiana worked one afternoon a week in the Albuquerque Temple answering telephone calls from people who wanted names of people added to the temple prayer role. She stayed in Albuquerque for over 30 years, but after being alone for over a decade, in 2017 she moved to Powell, into a new house two blocks away from her youngest daughter, Holly.
Her hobbies included quilting, knitting, sewing, reading and genealogy.
She is survived by her five children, Martin (Susan) Zmolek, Wesley (Carol) Zmolek, Lilianne Hurell, Amy (Daniel) Sloan, and Holly (Kent) Kienlen; 26 grandchildren; and 54 great-grandchildren.

To order memorial trees or send flowers to the family in memory of Georgiana Zmolek, please visit our flower store.

What an incredible woman! It was our privilege to know her and love her while she and Charles lived in Albuquerque.

Mom was so talented! She could sew couture garments that looked professional. Her knitting was legendary. Her quilting was so much better than store bought, it was handmade art. She was my mom. She was epic in all she did. I will miss her mischievous humor! But I\'m happy she is reunited with her husband and family. 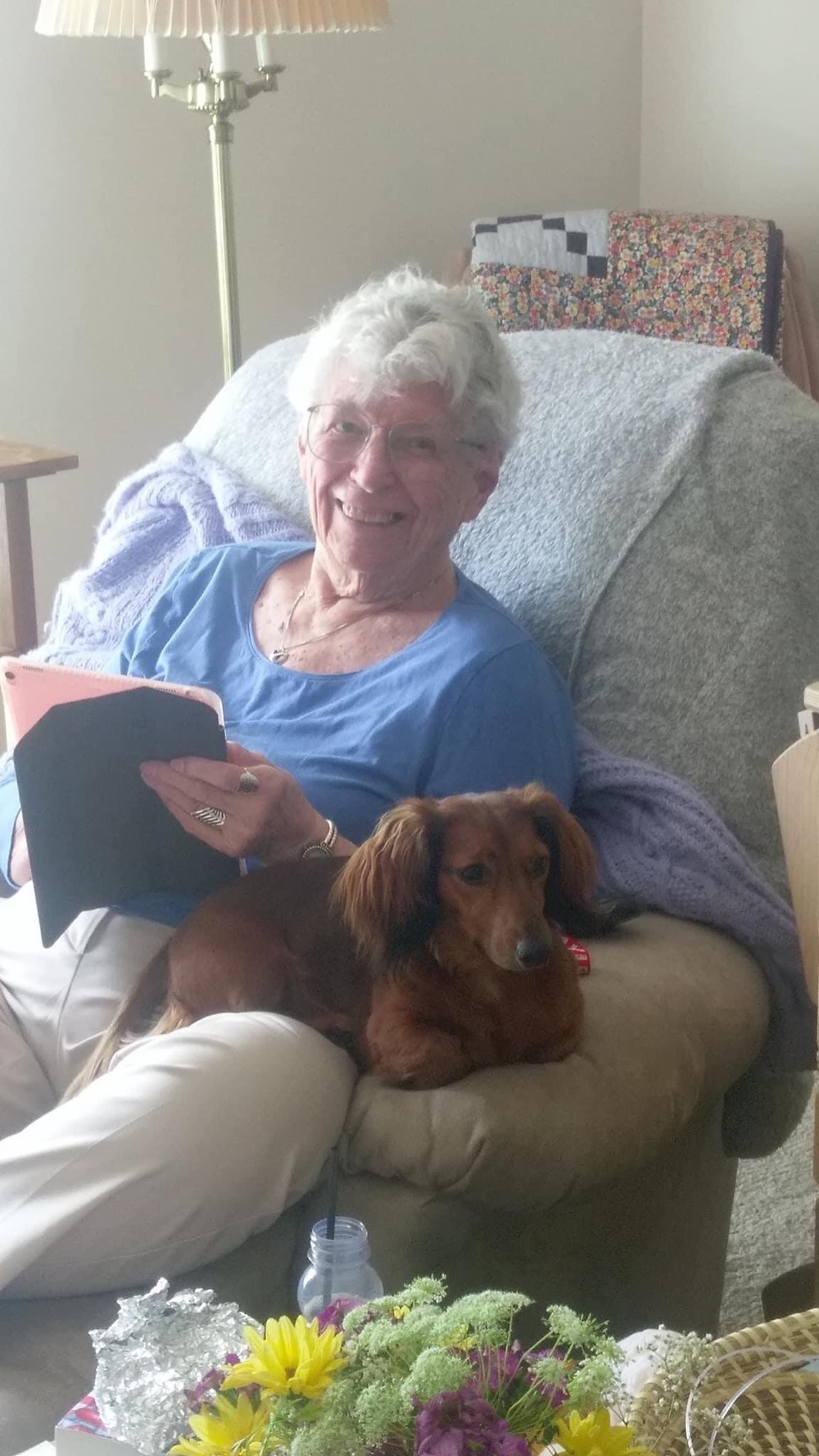 "Mrs. Z" was one of my "second Moms." She made me laugh! The Zmolek family were our neighbors. She opened my eyes to so many opportunities. She was a great friend of my Mom's and Nana's too! She would visit our home almost every afternoon while living in New Providence. I will greatly miss her! My condolences to her family.